Why Gradle 7.5.1 will create an app folder for application type

The last time I generate a Java application with Gradle using gradle init, there will be a src folder created.

When I import it into Eclipse, there will be 2 projects shown. test is the project folder and app is the source code folder

This is the screenshot for my configuration 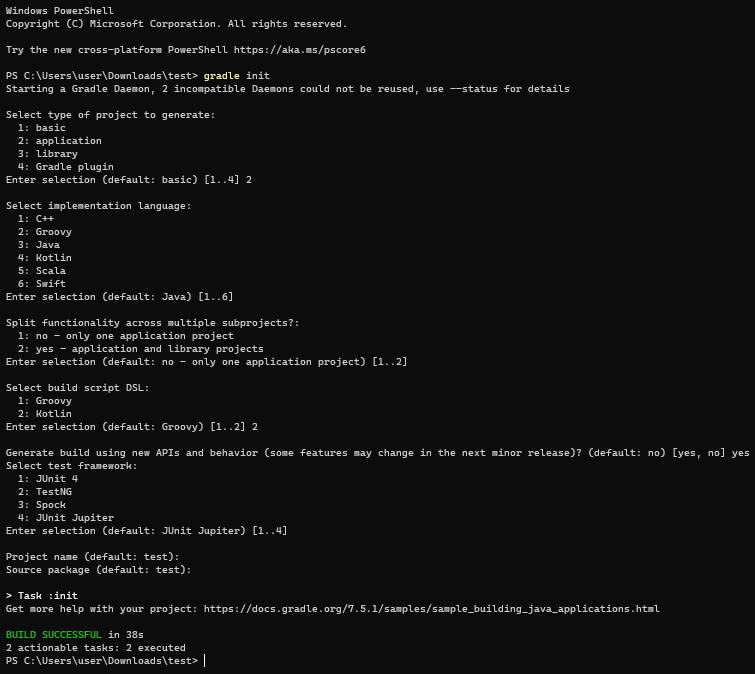 And what is your question?

My question is, why the newer version of gradle will create an app folder. Because it causes 2 project to be imported into Eclipse.

Iirc, this is made so you can easier add further subprojects like for generating documentation or having multiple modules for your build and so on. You can still just work with just the root project, but the init task is not able to generate it in that way anymore. But you can easily just move the things from in there one level up to have the same as before.