Context: We wanted to improve our release build time in our Android app, so we have integrated gradle enterprise plugin to investigate through Build Scans.

Issue: Upon looking at some of the longest running tasks we see that some tasks has high Fingerprinting inputs and very minuscule Task action execution. [Please refer to the attached screenshots]

Below are the tasks which have this issue.

app:bundleReleaseJsAndAssets → Number of Input files are around 108396. This task is a React Native task which generates minified js Bundle

All the tasks doesn’t share any inputs or outputs directory, as confirmed from debugging the tasks in Android
Studio. 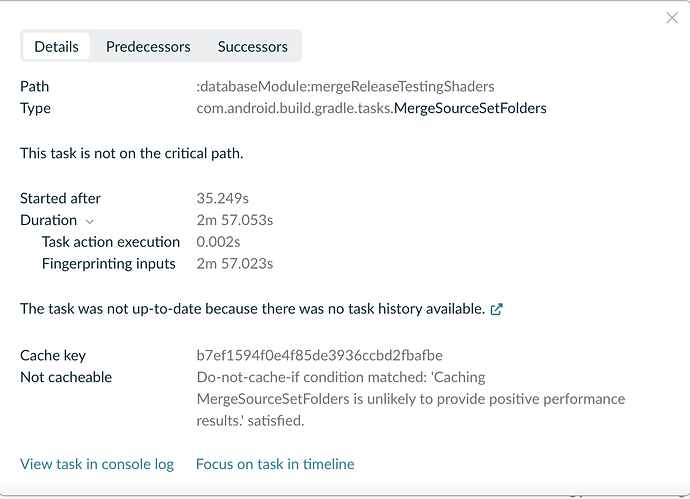