Here is the result in InteliJ 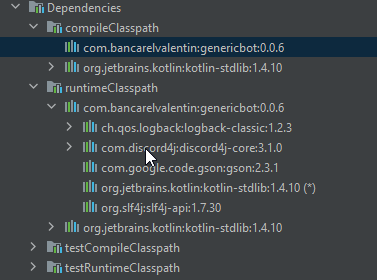 Thanks for oyour time; unfortunately, the screenshot was form an older test; i should have stated that. But even the 0.0.12 was not working and i was getting the exact same results. But i found out why !
The published module depends on a kotlin library; the same library was explicitly imported in the project. Thus gradle did not import any dependencies from the module. I fixed it by removing the explicit declaration of the dependency.