Sometimes, you may also need to share build logic between buildSrc itself and your root build. In the previous releases, that was not possible because buildSrc could not access build logic from other included builds.

I’ve created the sample which corresponds to the structure above. And it seems to work but with some caveats.

First item. buildSrc is not building separately. It emits the error. The whole root/subproject/commons are building fine. Is it okay ? It seems not to disturb me.

Second item. Intelij IDEA doesn’t put commons on buildSrc's classpath. And as result, autocomplete doesn’t work. It’s the most serious problem, because those classes have quite interesting API that will definitely sophisticate my life without autocomplete. And IDE that permanently reports errors - is not fine at all. But it works fine with subproject where IDE have put commons on the classpath.

I’m not sure, but may be it’s because IDE differently sees these dependencies. They are declared similarly in corresponding gradle.build.kts files, but for buildSrc it’s a plain library, and for subproject it’s a full-fledged project. 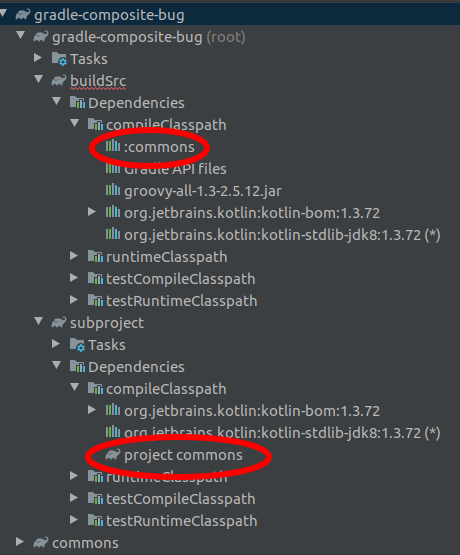 So, I have several questions:

Any help/thoughts/suggestions will be appreciated

I was able to get this project to work in IntelliJ. The project was originally created to demonstrate Issue #3768 (which is fixed by Gradle 6.7) 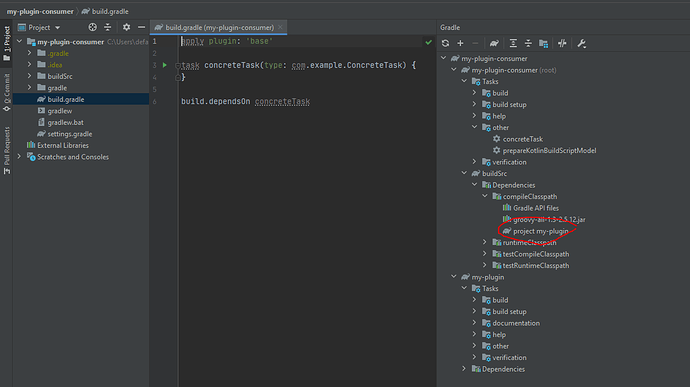